If cooking has always been your passion and you always seek out the best of kitchen appliances for well, your kitchen then Khind Anshin Rice Cooker RC106MAS is the right rice cooker for you. No more cooking rice with another run-of-the-mill rice cooker thanks to this innovative creation of Khind.

Spend Less Time in the Kitchen

Rice cookers are now one of the essential components of any ordinary household kitchen. They play an important role in the preparation of the Asian staple diet – rice. They make the rice cooking process so much easier compared to the traditional ways of preparing cooked rice – with the boiling and the pouring out of the excess water. And with the Smart Switch function, the rice cooker can switch to economy mode, consuming less power and saving you costs.

More Than Just A Rice Cooker

The Khind Anshin Rice Cooker RC106MAS has a round and body design to suit perfectly well in your kitchen. The round body allows you to store it in tight spaces while the bright colour livens up your kitchen. It also has the cool touch body feature so that you will not feel the heat of the cooker after the rice is cooker when you touch it.

One of a Khind

Khind is a brand synonymous with value-for-money home consumer appliances and since its inception, Khind has always sought to be at the forefront of bringing great innovative products and ideas to consumers. From its popular ‘Anshin’ series of rice cookers; to Aedes Busters; to EyeCare range of desk lamps; and to its ‘Black Beauty’ dual rotating ceiling fans – Khind has brought much joy and happiness to many consumers around the country. 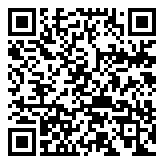 Registration is free and easy!

Create an account
Open chat
1
Powered by
Thank you for contacting Marketing Suria Jerai! Please let us know how we can help you.
We will reply you as soon as possible. Thank you.

*Be Our MEMBER & Enjoy FREE SHIPPING!